Responding to President Ikeda’s wish to create a world free from nuclear weapons, Rakan TPNW, a social media initiative by SGM, collaborated with Tarinao, to presented an online dance performance entitled “ Artists in Solidarity: #DanceforNUKEBan” on July 7. This Facebook event was also carried out in conjunction with the 75th anniversary of the nuclear bombing in Hiroshima and Nagasaki (on August 6 and 9 respectively) and the third anniversary of the adoption of the Treaty on the Prohibition of Nuclear Weapons (TPNW).

Through dance and music, nine artists coming from diverse backgrounds endeavoured to bring greater awareness to the public about the devastating impacts of this devilish weapon of mass destruction, the untold suffering of the victims and the need to respect the dignity of every single life. They also hoped to bring the era of nuclear weapons to an end. 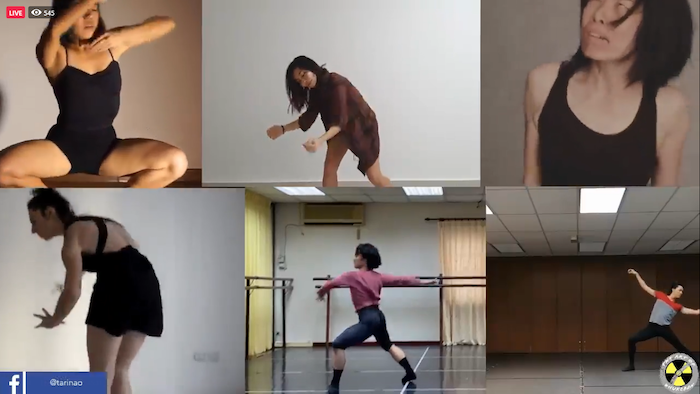 Kicking off the event was Alessia Stradiotti’s graceful dance which was soon broken by an exploding nuclear bomb in the distance, throwing her to the ground. Henceforth, her rhythm was broken and her movements awkward and strenuous, reminiscent of the initial struggles of the bombing victims. Her dance also serves to remind the audience of their purpose of life which is to bring happiness to all.

Following that was dancer Yeow Lai Chee who performed butoh, a form of Japanese dance theatre that encompasses a diverse range of activities, techniques and movements. Described as unclassifiable, butoh involves extreme movements frequently occurring in areas of extreme human conditions well-suited to portray the grotesque and agonising looks and movements of the bombing victims wandering about in search for relief to their horrendous suffering. 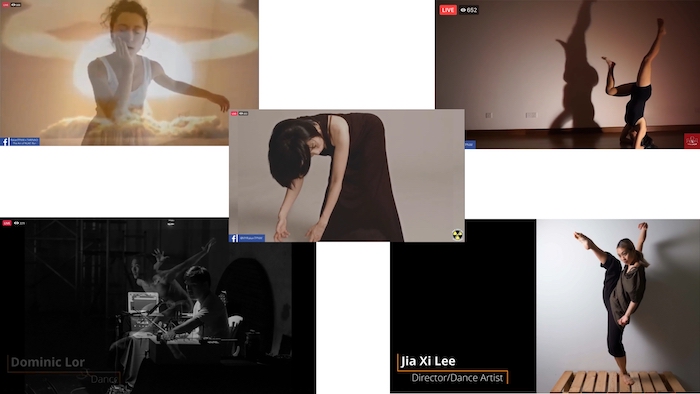 Sueki Yee’s cross-genre, experimental contemporary dance displayed huge amount of self-control over every part of her body and was a beautiful spell-binding piece with a powerful message – we need to actively fight to protect the fragile in life such as human bodies and peace, and banning nuclear weapons is one vital step towards peace.

Dominic Lor and Julian Gan’s dance titled “Reversed Power” emphasised the horrifying devastative power of nuclear weapons, highlighting the possibility of wiping out life on earth. They strove to stress on the need to stop being silent and voice out our wish to respect life and ban nuclear weapons. 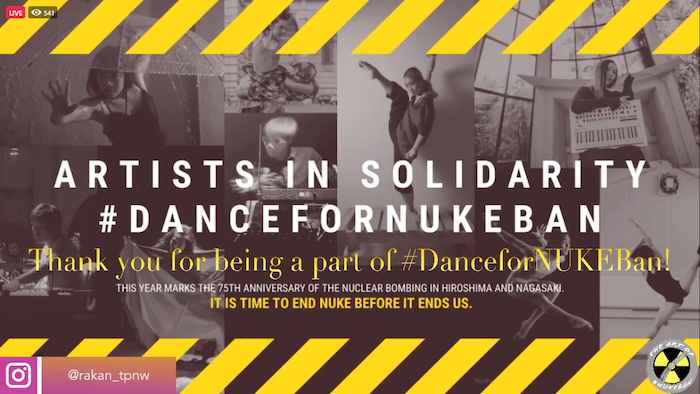 Co-director of #DanceforNUKEBan 2020!, Jia Xi Lee’s dance wrapped up the event and sought to optimise the use of art to reverse the idea of nuclear weapons as sexy, powerful, and essential for defence, and highlight them as the ultimate evil which should be abolished completely. She is also the director of Tarinao, a centre for information on creating values in society through the medium of dance across diverse fields.

Coupled with appropriate music by Chua Sek Khim, Froya and Ng Chor Guan, the event turned into a poignant and dramatic one. While being both entertaining and educational, their rich and diverse music greatly enhanced the dances and drove home the need to abolish nuclear weapons.