Three Thousand Realms in a Single Moment of Life

LinkedIn
Go to
Three Thousand Realms i...
Introduction
The Oneness of Mentor and Disciple
Who is a Buddha?
The Ten Worlds
Three Thousand Realms in a Single Moment of Life
The Simultaneity of Cause and Effect
Changing Poison into Medicine
Rissho Ankoku—Securing Peace for the People
Practice for Oneself and Others
Wisdom
The Meaning of Nam-myoho-renge-kyo
Buddhism and Human Dignity
Compassion: Solidarity of the Heart
Creating Value
Life and Death
The Middle Way
The Oneness of Life and Its Environment
Human Revolution

Each person’s life contains infinite potential; this is the core belief of Nichiren Buddhism. The Buddhist concept of “three thousand realms in a single moment of life” serves to give us some idea of quite how much possibility exists in each instant of our lives.

While it may be possible to accept this idea of infinite potential in theory, in reality we tend to feel limited in our possibilities, often resulting from a narrow view of ourselves and the world. Our sense of values or purpose, what we tend to focus our energies on or how we define happiness all affect how we perceive and experience our environment. We can exist quite comfortably within a limited view of ourselves and the world, but when challenged by a problem or obstacle, we may suffer as a result of feeling overwhelmed, helpless or afraid.

The practice of Nichiren Buddhism enables us to draw on inexhaustible inner reserves of courage, hope and resilience to surmount challenges and go beyond what we thought was possible. We are also able to help others do the same. “Buddhahood” describes this dynamic, compassionate life condition, and a Buddha is someone who has firmly established this condition as their predominant life state. Most people, however, are unaware of this possibility or how to actualize it.

The Lotus Sutra reveals the ultimate truth of Buddhism, that everyone can attain this state of Buddhahood. Based on its teachings, in the sixth century in China, Zhiyi (the Great Teacher Tiantai) developed a philosophical system to explain why this is possible, which he termed “three thousand realms in a single moment of life” (Jpn. ichinen sanzen). The principle reveals that each individual life is a microcosm of the universe and the life condition of an individual at any point in time is reflected in all aspects of their life, including the society in which they live and the natural environment.

The number three thousand refers to the multitude of laws through which the ultimate reality is manifested. 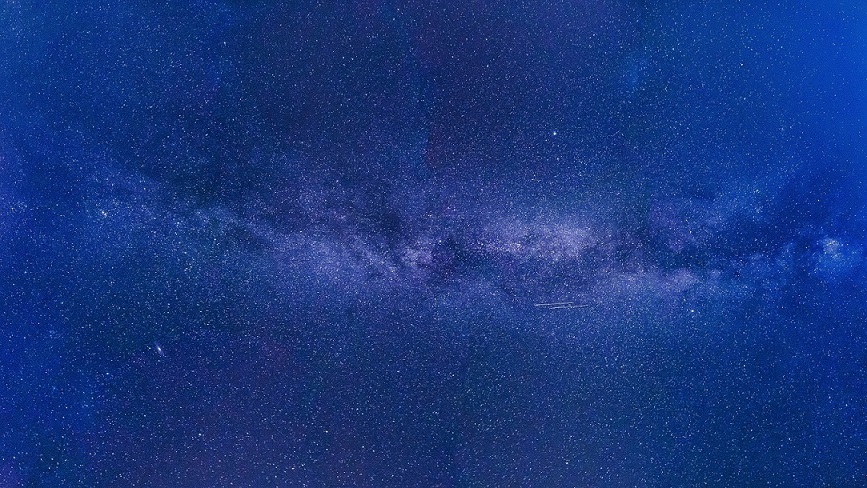 The first component of the three thousand realms is the principle of the Ten Worlds, which describes the state or condition of our lives. They are, in ascending order of the degree of free will, compassion and happiness one feels: the worlds of (1) hell, (2) hungry spirits, (3) animals, (4) asuras, (5) human beings, (6) heavenly beings, (7) voice-hearers, (8) cause-awakened ones, (9) bodhisattvas, and (10) Buddhas.

At one time, it was thought that these were ten distinct and separate places into which people were born. The first six of the Ten Worlds derive from the idea of the “six paths,” an ancient Indian paradigm concerning reincarnation. It was thought that the particular world or state of life into which people were born was fixed for a lifetime and determined by the things they had done in past lifetimes and that people endlessly repeated the cycle of birth and death confined within these six worlds.

Buddhism refined the concept of the six paths, explaining that they exist not as external worlds but as internal states. For example, the world of animals represents a world ruled solely by instinctive desires devoid of reason and a sense of morality. Likewise, the states of life corresponding to the six lower worlds can be characterized as the states of: hell, hunger, animality, anger, humanity, and heaven (or rapture).

Our propensity to dwell in particular life states is a result of the causes we have made in the past, in accordance with the law of cause and effect, which spans past, present and future existences. Moreover, we experience the world around us in accordance with our life state at that moment. Therefore, even though different people may exist in the same physical place, the inner state of their heart, or the lens through which they perceive reality, can differ greatly.

Buddhism teaches that if we can achieve the requisite wisdom and insight to comprehend the true nature of our lives, we can manifest the life state of Buddhahood—the supreme state of life characterized by infinite compassion, wisdom and courage that is inherent in the depths of our being. To do this, we have to make strenuous efforts to transcend the life states of the six lower worlds.

The Lotus Sutra clarifies that the world of Buddhahood, as with the other nine worlds, is equally inherent in the lives of all people and thus is a potential open to all within this lifetime. This is in contrast to teachings other than the Lotus Sutra, which state that individuals have to carry out strenuous practices over countless lifetimes in order to gradually acquire the attributes of a Buddha.

Mutual Possession of the Ten Worlds

The Lotus Sutra is distinct from other teachings also because it expounds the mutual possession of the Ten Worlds, clarifying that each of the Ten Worlds encompasses all of the other worlds. This indicates that life is not fixed in one of the Ten Worlds but at any moment can manifest any one of them. Because of this principle, it is possible for us to change our state of life, for although we may “inhabit” a particular world, the other nine are present, though dormant, in our lives.

Which of the Ten Worlds will manifest at any given moment depends on our response to the influences in our environment. One’s life state may fluctuate from one moment to the next, but from a broader perspective, there is always one state or several states around which our activities revolve and to which we are most likely to revert.

The mutual possession of the Ten Worlds implies that all individuals have the potential to manifest Buddhahood at any given moment. Through continuing effort in Buddhist practice—practicing for the happiness of oneself, dismantling one’s prejudices and mistaken beliefs, polishing the inherent qualities of wisdom and compassion—we can solidify the world of Buddhahood inherent within our life. Buddhahood is not an abstract idea; it reveals itself tangibly in our daily behavior in the form of compassion, wisdom and our efforts to establish happiness for ourselves and others.

Attaining Buddhahood does not mean eradicating the lower nine worlds. Instead, under the influence of our inherent Buddhahood, the positive aspects of these worlds become manifest, contributing to the construction of happiness for ourselves and others.

Attaining Buddhahood does not mean eradicating the lower nine worlds. Instead, under the influence of our inherent Buddhahood, the positive aspects of these worlds become manifest, contributing to the construction of happiness for ourselves and others.

The Ten Factors of Life

The first three factors (appearance, nature and entity) describe the life entity, which manifests the Ten Worlds. The next six (power, influence, internal cause, relation, latent effect and manifest effect) describe the law of cause and effect—the way in which the Ten Worlds become manifest in the entity. Thus, a life “entity” has attributes that can be perceived by the senses (appearance) and attributes that cannot (nature).

The tenth factor, consistency from beginning to end, means that the ten factors are consistent for each of the Ten Worlds. Most saliently, this means that Buddhahood, a life state of unwavering happiness, is inherently present in our lives as an internal cause, and when we come in contact with a “relation” that opens that internal cause, we fully flower and harness the workings of the world of Buddhahood in our lives.

The Three Realms of Existence

The final component of the three thousand realms is the principle of the “three realms of existence.” This concept views life from three different standpoints and explains the existence of individual lives in the real world.

The three realms, then, represent the actual world of the individual. They are not separate but, rather, are an integrated whole which simultaneously manifests any of the Ten Worlds.

In this way, one’s life condition at any given moment is determined by three elements: the mutual possession of the Ten Worlds (10 worlds × 10 worlds = 100 worlds), the ten factors of life and the three realms of existence. Therefore, the dimensions that exist in this world are the number that results from multiplying these elements, or 3,000. This also means that any single life has the potential to express 3,000 dimensions.

The Boundless Possibilities of Each Person

The philosophical system of the three thousand realms in a single moment of life provides a basis for hope, for it posits that our reality at each moment is a function of our life state, that when our life state changes, the world itself appears in a new light. Furthermore, it is a philosophy that promotes engagement with others and with the challenges of society and empowers one to squarely face and surmount obstacles.

Life is dynamic—each moment is rich with myriad seen and unseen possibilities. Most crucially, the world of Buddhahood is universally inherent in all beings, and when this becomes our manifest reality, life’s most profound possibilities, humanity’s most sublime hopes, come into reach.

Who is a Buddha?

The Oneness of Mentor and Disciple