LinkedIn
Go to
The Ten Worlds
Introduction
The Oneness of Mentor and Disciple
Who is a Buddha?
The Ten Worlds
Three Thousand Realms in a Single Moment of Life
The Simultaneity of Cause and Effect
Changing Poison into Medicine
Rissho Ankoku—Securing Peace for the People
Practice for Oneself and Others
Wisdom
The Meaning of Nam-myoho-renge-kyo
Buddhism and Human Dignity
Compassion: Solidarity of the Heart
Creating Value
Life and Death
The Middle Way
The Oneness of Life and Its Environment
Human Revolution

From day to day, moment to moment, our state of life is susceptible to change. We may wake up feeling full of joyful anticipation at the thought of the approaching weekend, only to be thrown into a state of rage in the traffic on the way to work. Arriving late at the office, we cower at the thought of our boss’ disapproval. Then, saddled with an unexpected work assignment and the thought of our weekend disappearing under a pile of paperwork, we begin to feel trapped and resentful. But noticing the stress and unhappiness of a colleague, we offer them encouragement and assistance and begin to feel better ourselves.

Buddhism categorizes this seemingly infinite range of life states into ten inner “worlds.” This concept of the “Ten Worlds” offers a useful framework for understanding both the changeable nature of our moods and the basic nature or tendencies of our character. More significantly, it provides us with a sense of the great possibility inherent in life at each moment.

The principle of the Ten Worlds forms the foundation of the Buddhist view of life. The worlds are, in ascending order of the degree of free will, compassion and happiness one feels, the worlds of: (1) hell, (2) hungry spirits, (3) animals, (4) asuras, (5) human beings (6) heavenly beings, (7) voice-hearers, (8) cause-awakened ones, (9) bodhisattvas, and (10) Buddhas.

At one time in ancient India, it was thought that these were distinct, separate and fixed realms into which beings were born, in accordance with the good or evil they had performed in past lifetimes. It was thought that they endlessly repeated the cycle of birth and death confined to one of the first six worlds (from the world of hell to heavenly beings), also known as the “six paths.”

Buddhism developed in this context as a practice offering the possibility of transcending and freeing oneself from these six paths.

Among the teachings of Buddhism, the Lotus Sutra further revolutionized this paradigm, teaching that the Ten Worlds are ten states of life equally inherent within each living being at each moment.

The pre-Lotus Sutra teachings taught that it is possible to be born in a higher or more enlightened life state depending on one’s actions, specifically by carrying out acts of good and practicing the Buddha way. By accumulating good acts, one offsets the balance of evil acts one may have accumulated.

The stimulus that opens the world of Buddhahood is the teaching that expounds the truth of the Buddha’s enlightenment, namely that it is possible to immediately open this world within oneself. Nichiren embodied this teaching and principle in the physical object of the Gohonzon—a scroll inscribed with Chinese characters. He taught that by chanting Nam-myoho-renge-kyo to the Gohonzon with faith in our inherent Buddhahood, we are able to open the world of Buddhahood within us and harness the Buddha virtues such as wisdom, compassion and courage. 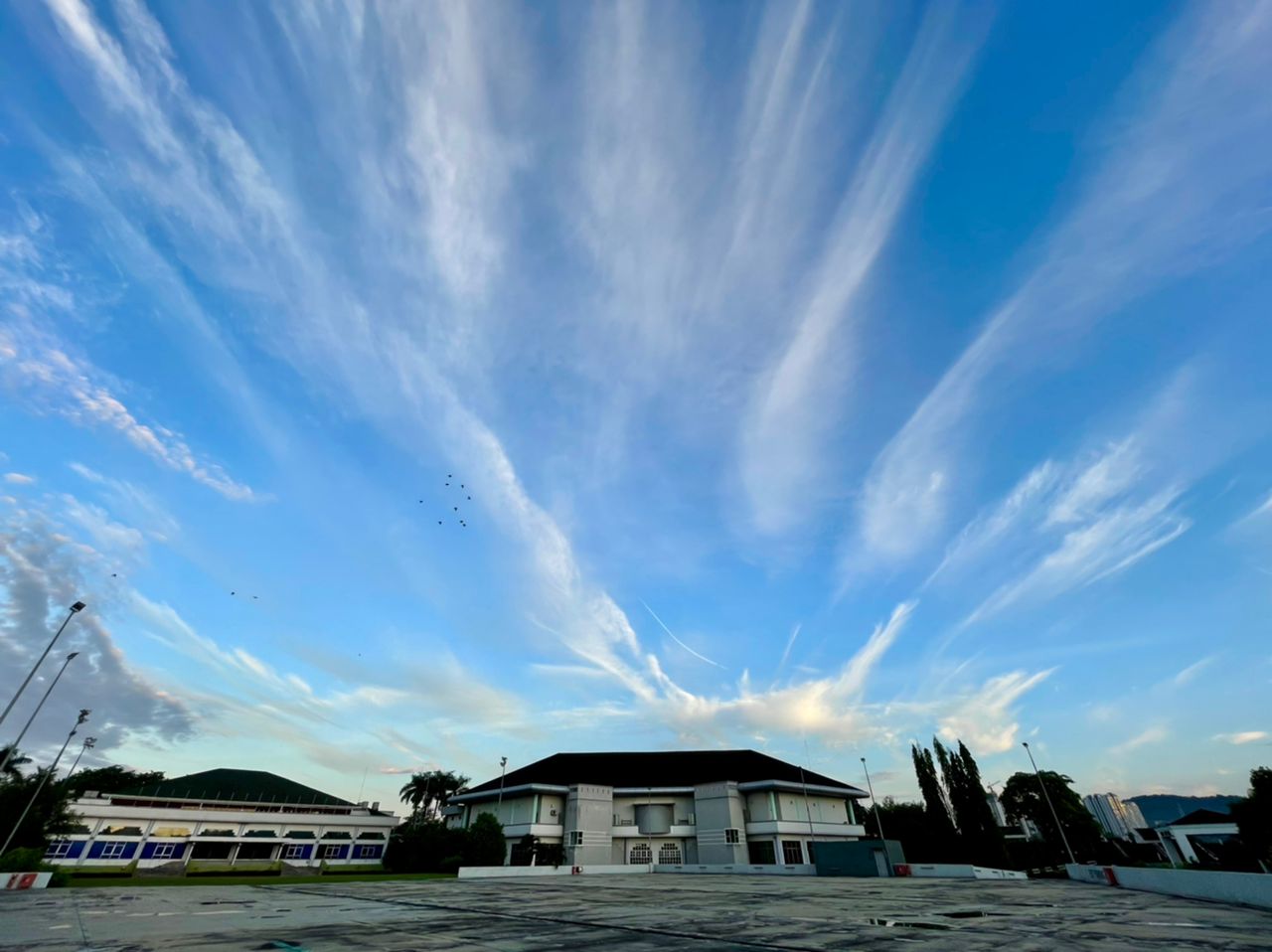 From Hell to Buddhahood

The world of hell is a life state in which one is imprisoned by suffering and completely lacking in freedom. Living is itself painful, and everything we see is colored by our unhappiness and misery. The world of hungry spirits, or the life state of hunger, is a state where one is spiritually and physically tormented by insatiable craving. The world of animals, or the life state of animality (reflecting the ancient Indian conception of the nature of animals) is characterized by foolishness in the sense of being moved by impulse and concerned only with immediate benefit and gratification. In this condition, the ability to make moral and ethical judgments is lacking. Because the worlds of hell, hungry spirits and animals all represent conditions of suffering, they are collectively known as the Three Evil Paths.

In ancient Indian mythology asuras were contentious demons. A characteristic of the world of asuras, or the life state of anger, is an obsession with personal superiority or self-importance, a tendency to always compare oneself to others and want to be better than them. Another characteristic of this life state is the “perversity” of concealing one’s true feelings in order to ingratiate oneself with others.

The world of human beings, or the life state of humanity, is a calm, composed, humane state. People in this condition understand the principle of cause and effect and are rational enough to know the difference between good and evil. This state of life is, however, susceptible to negative external conditions and cannot be sustained without a constant effort toward self-improvement and personal development.

In ancient India, it was believed that those who performed good acts in their present life would be reborn as deities in the heavenly realm. In Buddhism, the world of heavenly beings, or the life state of heaven, is regarded as a condition of joy or rapture experienced when our desires are fulfilled. However, such joy is not lasting. It fades and disappears with the passage of time and as situations change.

The worlds from hell to heavenly beings—the “six paths”—are easily influenced by external circumstances, so these life states are not truly free or autonomous. Buddhism encourages people to transcend the six paths and develop a self-determined state of happiness through Buddhist practice.

The limitation of these life states is a tendency toward self-centeredness and self-absorption. In the Mahayana Buddhist scriptures, such disciples were criticized by the Buddha for a kind of self-satisfaction that made them unwilling to extend themselves past the limits of their partial awakening to strive for the full enlightenment of the Buddha.

People in the world of Bodhisattvas strive to attain the enlightenment of the Buddha. What distinguishes them is their aspiration for the enlightened life state manifested by their mentor, the Buddha, who works tirelessly to free people from suffering. Bodhisattvas are characterized by compassion and altruism—an empathy for the pain and sorrow of others and a desire to help relieve them of that suffering and find joy.

Lastly, the world of Buddhahood, describes the most supremely noble state of life that a living being can manifest. It is not, however, a superhuman or supernatural state of being. The term “Buddha” means “awakened one.” What a Buddha is awakened to is the underlying principle of the “Mystic Law”—that all life possess intrinsic, irreplaceable value, that all living beings are capable of harnessing unique strengths and creating good within themselves and the environment. In other words, each living being is itself a manifestation of the Mystic Law. Those who awaken to this and take action based upon it are Buddhas.

This concept of the “Ten Worlds” offers a useful framework for understanding both the changeable nature of our moods and the basic nature or tendencies of our character. More significantly, it provides us with a sense of the great possibility inherent in life at each moment.

Although the life state of Buddhahood is originally inherent in each of us, it is difficult to manifest in our daily lives. The Buddhist practice established by Nichiren (that of chanting Nam-myoho-renge-kyo, or devotion to the Mystic Law) is revolutionary in that it provides a means for all people to bring forth the world of Buddhahood at any time, regardless of their circumstances.

This life state of Buddhahood can be described in contemporary terms as a state of absolute and indestructible happiness unaffected by circumstantial changes or difficulties. Although this does not imply freedom from sufferings and problems, it does indicate possession of a vibrant, sturdy life force and abundant wisdom to challenge and overcome all the sufferings and difficulties we may encounter. Most importantly, however, in the words of Daisaku Ikeda, attaining Buddhahood means “to solidify in our lives a spirit of yearning for the happiness of oneself and others, and to continuously take constructive action with that spirit.” It is a life state of ultimate hope and fulfillment.

Who is a Buddha?

The Oneness of Mentor and Disciple