The Covid-19 pandemic had affected everybody, disrupted lives and impacted livelihoods. Artists too are not spared. Themed “Sustaining Creativity under the Pandemic Era,” this exhibition showcased the artworks of 15 members of FAA-MC that were created during the pandemic, demonstrating their spirit, determination and joy in sustaining their creativity despite the difficult circumstance. 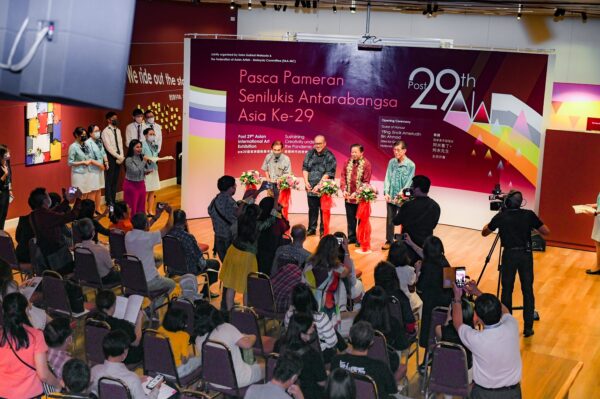 In his welcoming remarks, SGM president Michael Kok lauded their spirit and passion, saying that, “Throughout history, there are great figures who created their best works precisely under the most terrible situations and severe hardships. With their sheer determination, they used the obstacles as catalysts to create masterpieces that have remained for posterity.” Mr Kok hoped that such unwavering spirit and passion would be emulated by all.

In his speech, the Chairman of FAA-MC Dr Choong Kam Kow mentioned that this exhibition was a follow up from the 29th AIAE held in Japan in 2021. Back then, the artists could not travel to attend the exhibition physically in Japan due to the pandemic. Hence, this post 29th AIEA exhibition provides the participating artists an opportunity to interact with one another and share their joy and creativity with the public. Dr Choong also hoped that it would inspire and provide new insightful and creative endeavours to the artists.

Following that, Mr Amerrudin emphasised that art and culture reflect the state of a society; a society without art and culture would lack creativity and vision. Hence, we should all be proud of our local artists for their outstanding contribution as they created these artistic creations in the challenging situations of the pandemic and the Movement Control Order.” He also believed that they have broken through themselves and produced even more unique and original works. 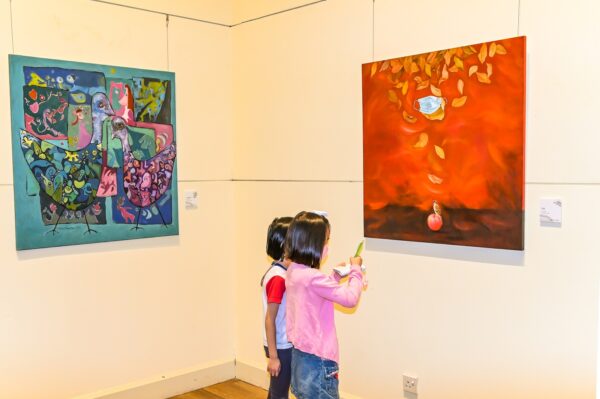 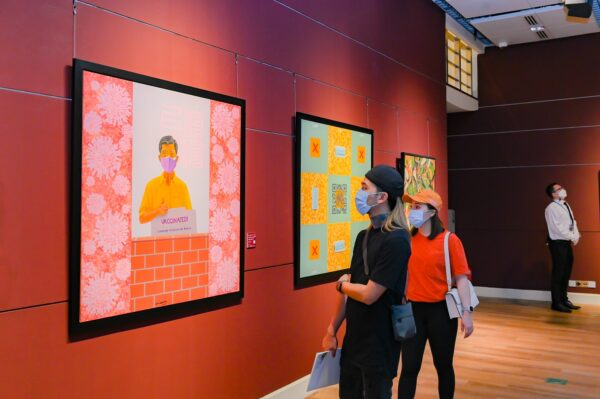