LinkedIn
My wife who was troubled by my temper sat me down and had a serious conversation with me, explaining how I should set an example as the main pillar of the family. Her words truly hit home, and I plucked up the courage to transform my weaknesses by carrying out my human revolution. 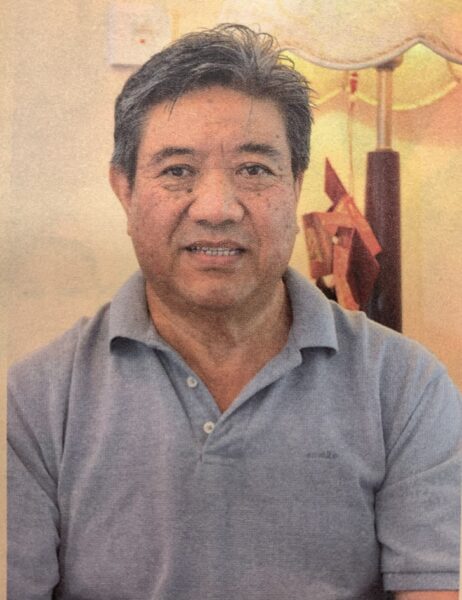 Our family’s practice of Nichiren Buddhism began with my wife, Kee Hong. She was introduced to the practice while pregnant with our daughter. One day, she invited a friend and her husband to a discussion meeting and asked me along. It was there that I, too, began this Buddhist practice and deepened my understanding of this Buddhism.

That same year, the State Government invited SGM Sarawak to perform at a National Day parade where I participated in the Gymnastics performance. The weekly practices often included Daimoku chanting and study sessions to deepen our faith in Nichiren Buddhism.

In 1994, I received the Gohonzon. At that time, I was running a transport company, but without a direction in life, I would often idle my days away. However, I felt a significant change after practising this Buddhism seriously.

Goodbye to my Stubborn Traits

I would describe myself as a stubborn, impulsive, and vulgar person. With a burly build, I tend to resort to violence when provoked. Back then, I got into trouble and was arrested by the police.

After embracing this faith, my short temper remained. Once when my child made a mess at home, I nearly lost my mind and wanted to throw him to the ground. Fortunately, I came to my senses quickly and avoided committing a grave mistake. Immediately, I kneeled before the Gohonzon and chanted Daimoku seriously. I resolved to change my ways and not let my anger control me. From that incident, I learned to calm myself down and formed the habit of thinking over matters first.

My wife who was troubled by my temper sat me down and had a serious conversation with me, explaining how I should set an example as the main pillar of the family. Her words truly hit home, and I plucked up the courage to transform my weaknesses by carrying out my human revolution.

One day, I apologised after having an argument with a friend. I would have never admitted my mistakes and apologised in the past. The changes in me surprised many. I began to learn to live with correct values and consideration for the welfare of others. 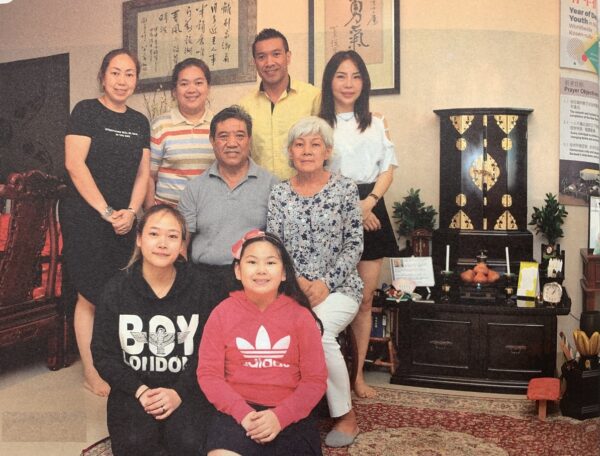 My financial situation improved as my character changed for the better. At work, I strove to gain the trust of my customers and the agencies involved.

I was deeply encouraged by this passage from the writings of Nichiren Daishonin: “Live so that all the people of Kamakura will say in your praise that Nakatsukasa Saburo Saemonno-jo [Shijo Kingo] is diligent in the service of his lord, in the service of Buddhism, and in his concern for other people.”(1)

I engraved these words in my heart deeply as I felt its profound meaning. In whatever we do, we should do it well. It is part of the Buddhist practice of Soka Gakkai members.

Second Soka Gakkai President Josei Toda taught, “In faith, do the work of one; in your job, do the work of three.” I applied this guidance to my work and was determined to meet all my customers’ demands. I was able to calmly respond to their demands without getting agitated or angry despite their unreasonable demands. Reflecting on how I was in the past, Nichiren Buddhism has truly changed me.

A few years ago, my wife was diagnosed with Cancer, giving us all a shock. One guidance by Nichiren Daishonin that we firmly held on to goes: “Sincere repentance will eradicate even fixed karma, to say nothing of karma that is unfixed.” (2)

I wrote these words to encourage my wife in our fight against Cancer. United in prayer, everyone in the family chanted fervently to win over this karma. I felt like my wife’s illness transformed the karma of my whole family. The operation was a great success, and most importantly, she was able to courageously battle through and conquer her illness with faith.

Helping my wife fight against Cancer has also increased my awareness of the importance of health. I am also now more conscious of my food intake. We deeply feel the protective powers of the Gohonzon. We are also happy that our children have inherited our faith in Nichiren Buddhism and are actively leading value-creating lives for the sake of the happiness of oneself and others.

My wife and I have also grown closer and enjoy a solid relationship. We would also reach out to talk and care for others, striving for the happiness of those around us. I feel so happy to be able to polish my life and grateful to practise this humanistic life philosophy.

Thank You, My Son