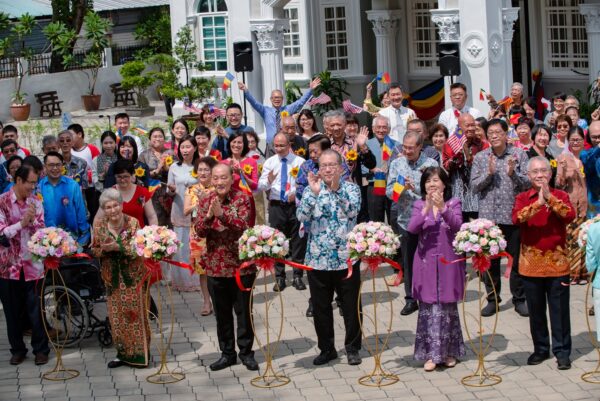 27 November 2022 was the 22nd anniversary of SGI President Ikeda’s second visit to Malaysia. On this day too, SPCM held its opening ceremony and a commemorative meeting to celebrate this occasion. This event was live broadcast to 56 venues around the nation with a total of 1,783 people watching it. Together, they witnessed the grand opening of this centre which shoulders the mission of peace in this new era. 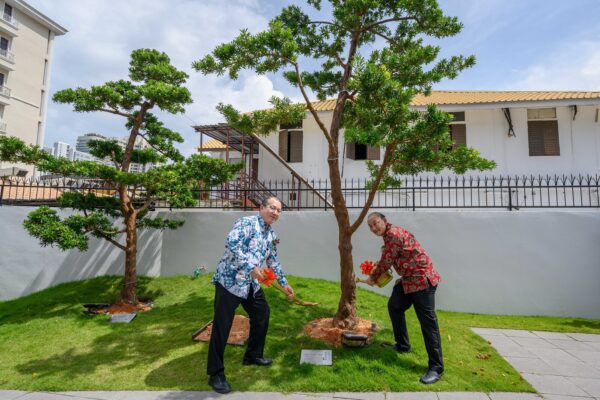 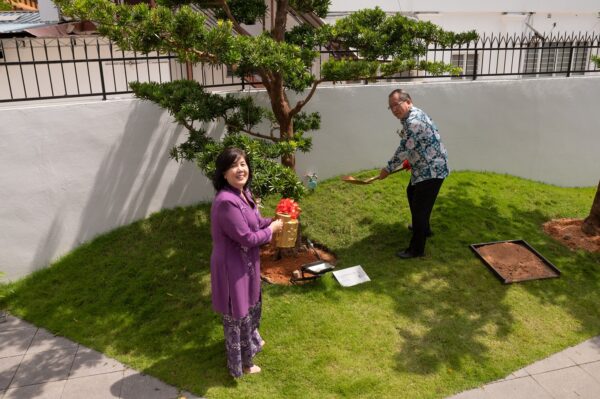 The members of the future and youth divisions wore traditional costumes and presented the song The Rising Sun and a traditional dance respectively. Later, some youth division representatives recited a poem titled Vow of the Successors to express their determination in inheriting the mentor’s and the pioneers’ spirit in advancing kosen-rufu. The men’s and women’s divisions choir then sang the song titled The Helmsmen of Kofu as they recalled the struggles of the pioneers during the early days. 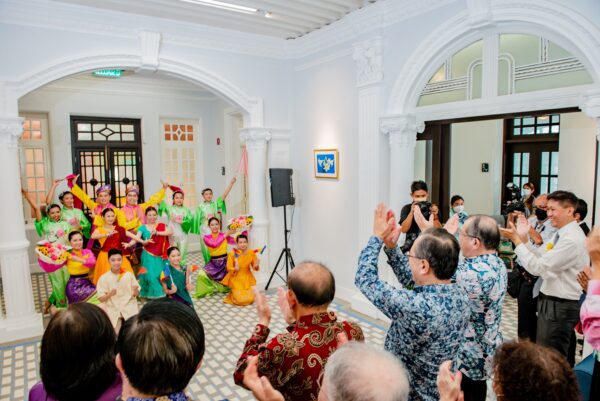 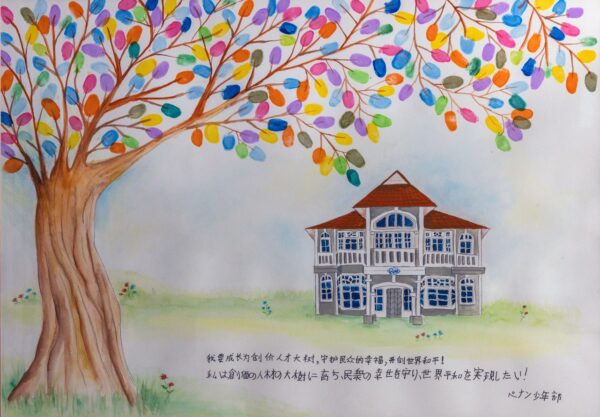 To commemorate this day, 201 junior division members formed a team to draw an artwork of a tree which they prepared within two months to express their vow in becoming capable people of Soka like a towering tree to protect the castle of kosen-rufu and peace. Mr Koh then handed the drawing over to Mr Tanigawa.

In his speech, Mr Koh stated that SGM members will always remember the efforts exerted by the mentor and pioneers in the kosen-rufu movement. He also urged the successors to utilise this centre to further expand the pioneers’ endeavour in spreading the peace ideals of Soka to the society. 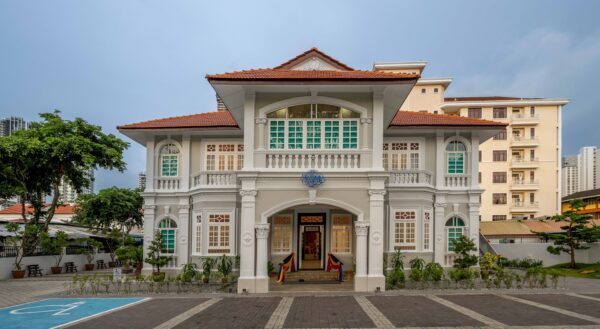 Vice-President Tanigawa also expressed his hopes that the SPCM will uphold the spirit of “You should rise and greet him from afar, showing him the same respect you would a Buddha.,” and thereby become a driving force for the further advancement of kosen-rufu in Malaysia.

SPCM is located at Burmah Road in Georgetown, Penang. It was formerly known as the SGM Penang Centre, a colonial-style bungalow presented by President Ikeda in 1976 which is also the first centre in Malaysia. This double-storey building with about 100 years of history is recognised by the Penang government as a Category 2 heritage building. 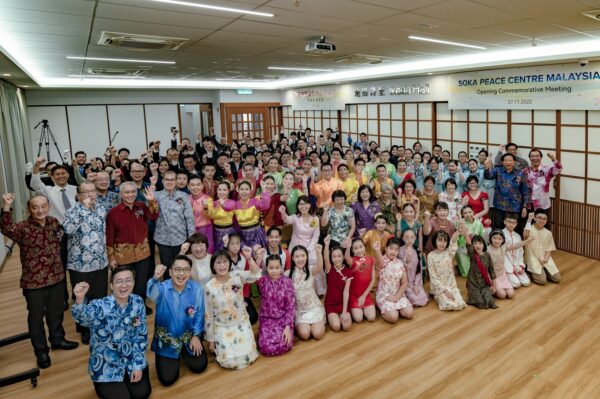 The renovation and upgrading of this building begun in 2019. It was renamed two years later by President Ikeda as the Soka Peace Centre Malaysia. He also named the facilities within the building as the Ikeda Hall, the Legacy Hall, the Light of Soka Conference Room, the Wisdom Room, the Vow Room, the Golden Bridge reception room and the Courage and Hope dialogue rooms, giving the centre a new mission for peace.

Just as President Ikeda mentioned in his congratulatory speech, he hopes that this centre will serve as a place to forge friendship, becoming a castle of peace and culture, as well as “bring[ing] beautiful flowers of the culture of peace to full bloom” in Malaysia.

SGM Participates in Interfaith Dialogue at a ...