In conjunction with International Earth Day, SGM junior division came out with a 3-episode game show titled “Small but Mighty – SDG Warriors Game Show” and premiered on the SGM website and YouTube official broadcast channel on 22 and 29 April, and 6 May 2022 respectively. The theme for each episode was decided among the 17 Sustainable Development Goals (SDGs).

In the first episode, the “Nerd Round” where more points would be scored with more accurate answers, the small but mighty warriors talked about climate change which is a part of SDG13: Climate Action. They discussed climate change impact, scientists’ views on the causes of climate change, as well as ways of preventing it.

They concluded that though climate change might seem too big to take action against, as long as one realises that all changes start from oneself, each person has the power to lessen or even reverse global warming. 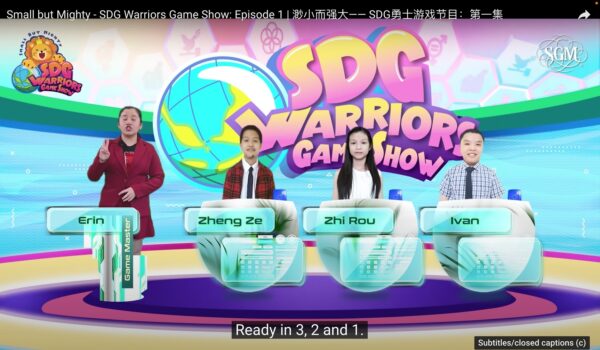 While in the second episode, the “Family Squabble Round” where scores will be given to the most voted answer in a debate style, the small warriors talked about a sustainable lifestyle.

Through three debate sessions, they concluded that a sustainable lifestyle includes reducing not producing; zero food waste; and zero waste in daily life.

They also reminded the viewers about 6Rs – Reuse, Reduce, Recycle, Refuse, Rethink, Repair – and explained in detail on how to put these into use, and thus contributing to SDG12: Responsible Consumption and Production. 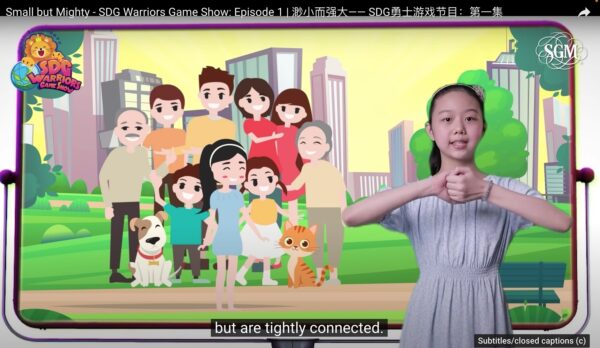 This time, with SDG 16: Peace, Justice and Strong Institution as their theme, the young SDGs warriors expressed their views on how to achieve peace.

They mentioned that no war doesn’t mean peace. In fact, war can also mean misunderstanding, dissatisfaction and lack of trust with people around us. 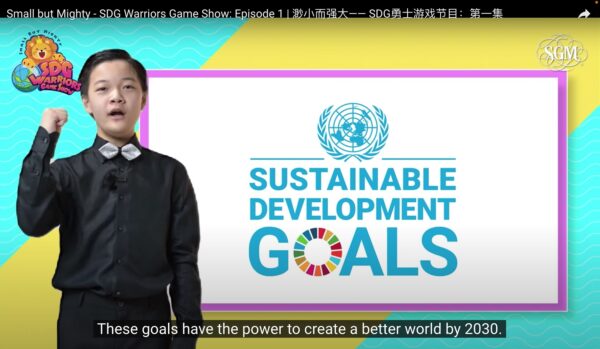 Hence, they concluded that “Peace starts with me” by using a quote from SGI President Ikeda which says, “Action is key. No matter how difficult the situation, action will move things in a new direction.”

These episodes were short, but presented to some 10,000 viewers the basic concept of 17 SDGs and some concrete ways that they can take in daily life to achieve it.

Beyond the Visible: Stories of Aspiring Young ...