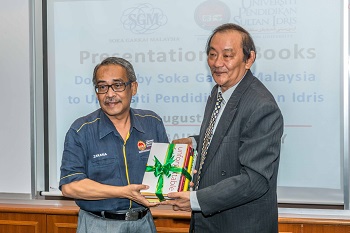 UPSI, which currently has two campuses in the Tanjung Malim area of Perak, aims to be Malaysia’s leading university providing educational leadership, based on the advantage of broad experience and high level of competency in meeting global changes. It was founded in 1997 and currently has 27,000 students. A third campus will be established in Teluk Intan in the coming years.

In his speech, Prof Dato’ Dr. Zakaria expressed his gratitude to SGM for the gift, saying it will help strengthen the library’s collection and are a valuable resource for thoughts on human values and sustainable peace. The ideals contained in the books are in line with UPSI’s mission of promoting human well-being through education. Prof Zakaria expressed his hopes that UPSI and SGM will have further collaborations in the future. 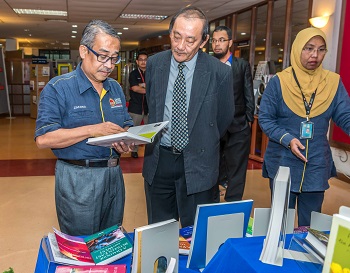 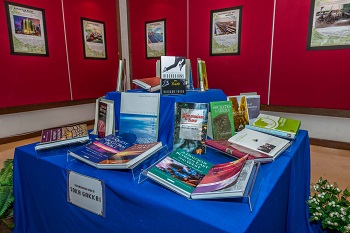 The library was established on August 8, 2007 and was named after Tuanku Bainun Mohd Ali, the consort of Sultan Azlan Shah and former Raja Permaisuri of Perak. 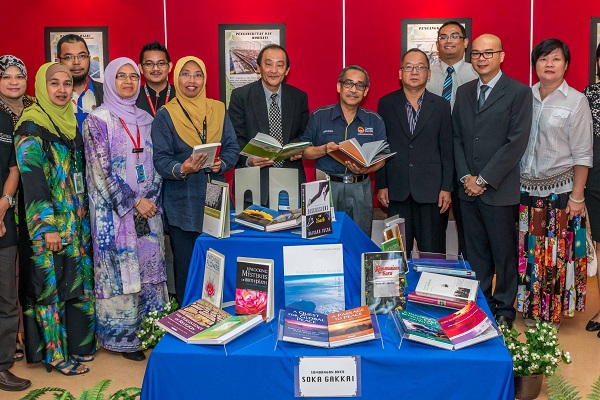 The SGM delegation was later given a tour of the Tuanku Bainun Library. The library is not only open to the students and staff, but also to members of the public, as an expression of the university’s mission to contribute to society. The SGM delegation was happy to learn how people-friendly the library was, which has a mini-café for late-night studying and research, in addition to the extensive collection.

After touring the library, the SGM delegation visited the Sultan Azlan Shah Campus of UPSI in nearby Proton City to tour the National Child Development Research Centre housed at this site, which has comprehensive pre-school education and childcare facilities. On this campus, UPSI runs a full-time kindergarten and day-care centre, catering for young children from as young as three months old to pre-school. The facilities cater for families who live near the university.

Mr Koh expressed his appreciation to UPSI staff for the tour of the university and was very pleased to see the extensive facilities there.

Cleaning up the Environment in Puchong