In view of the severity of the COVID-19 pandemic and the need to continuously bring hope to the members, SGM conducted the first headquarters leaders conference online on May 30. About 1,200 people attended the conference which was also held to celebrate May 3 Soka Gakkai Day and the 70th anniversary of the establishment of the women’s division (WD). This meeting also marks a fresh departure towards 2030, the 100th anniversary of the Soka Gakkai.

To kick off the conference, a video of the third Soka Gakkai Headquarters Leaders meeting was shown in which experiences in faith were shared and significant developments in the organisation were reported. SGI Venezuela general director Lydia Salas shared how Venezuelan members overcame various challenges, including runaway inflation, poor communications infrastructure and the COVID-19 pandemic to carry out all planned activities and welcome over 200 new members last year. 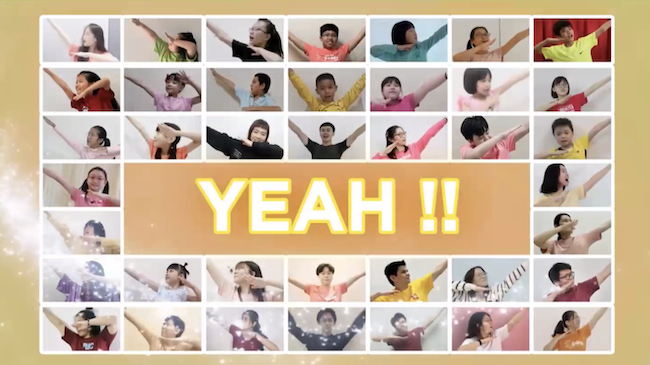 Following this, numerous new leaders’ appointments in SGM were announced. The SGM Executive Central Committee (EXCO) also presented updates on various key projects and segments such as the Soka International School Malaysia, publication activities and activities in the first half of 2021. The EXCO lineup had been expanded with the addition of Looi Chee Choong, Chan Yin Kwan and Chia Kok Peng.

In her speech, SGM young women’s division leader Lee Kam Yit stressed the importance of unity among the members and striving to contribute to the country. SGM young men’s division leader Tan Jun Kong urged the participants to rise up resolutely, develop the passion and power of youth and create an ideal organisation. He also encouraged them to take part in the dialogue campaign being held and take action with the awareness that they are Soka youths. SGM is currently advancing towards a Youthful SGM by end-2022.

In her encouragement, SGM WD leader May Chan called the leaders of the Golden Age Group as trail-blazing pioneers who are the “Red Cross” of kosen-rufu and golden pillars of faith. She urged the members of this group to foster youth by taking the initiative to encourage the youth and engage in dialogue with them.

In line with the theme of the year – Year of Hope and Victory – SGM men’s division leader Dr Christopher Boey Chiong Meng spoke about the significance of having hope in our hearts, particularly in such dire times, and in advancing towards a great goal in life.

The conference was wrapped up with a speech by SGM General Director Koh Sia Feai, who encouraged participants to exert themselves to the fullest, stay healthy and treasure the bonds among comrades. He also stressed on achieving progress in building the SISM and a youthful SGM, urging the youth leaders to take the initiative to introduce new members to SGM.

Moved by Mr Koh’s speech, the participants were determined to set out on a new departure for kosen-rufu with compassion, empathy and the determination to break through the current darkness of our times and bring the light of hope to everyone.

SGM Premieres The Wisdom of the Lotus ...