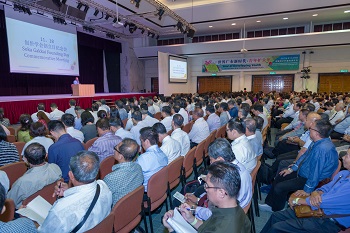 The Soka Gakkai is an organisation founded upon the spirit of the oneness of mentor and disciple. As long as this legacy endures, the organisation will develop ceaselessly into the eternal future.

On November 25 and 27, 2017, 779 SGM state representatives from all over the country gathered at the SGM Culture Centre to commemorate Soka Gakkai Founding Day which falls on November 18 each year. In this commemorative gathering, key SGM leaders from each state were apprised of the latest developments in SGM over the course of 2017, and key activities direction and outlook for 2018.

For this auspicious gathering, SGI President Ikeda also sent a verbal message to the participants which stated: “Please send my regards to the senior leaders in each state. I am entrusting everything to all of you. Please take good care of yourselves.” 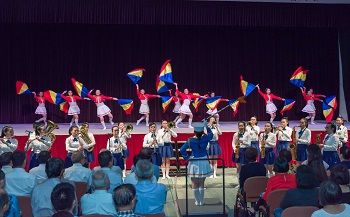 SGM General Director Koh Sia Feai then took the stage to deliver his keynote address. Mr Koh presented reports on 18 key areas, including the expansion of the organisation, the activities at the SGI Asia Culture and Education Centre, publication activities, SGM’s performance at the 60th National Day celebrations and Run for Peace 2017.

He also announced that the SGI has designated 2018 as the Year of Brilliant Achievement in the New Era of Worldwide Kosen-rufu. 2018 is a year of various significant anniversaries. Mr Koh also announced the seven basic activities in 2018, which includes propagation and expansion, fostering youthful successors and strengthening Buddhist study.

In the evening of the first day, the representatives discussed how to strengthen propagation and expansion in their respective states.

The following day, SGM Men Division Leader Dr Christopher Boey and Women Division Leader May Chan spoke on studying The Human Revolution and The New Human Revolution in separate English and Mandarin sessions respectively. They urged the representatives to engrave the lessons of both serialised novels in their lives for the sake of attaining victory. 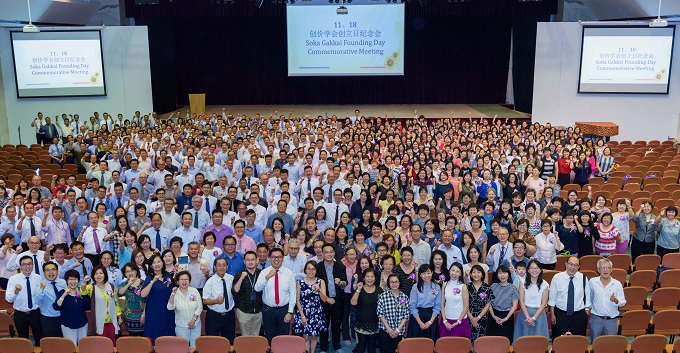 This was followed by vibrant performances by the culture groups. Later, new national and state leadership announcements were made as a fresh departure towards the Year of Brilliant Achievement.

Later, the state representatives then shared their resolutions for 2018, with each pledging to attain victory to respond to our mentor and establishing the eternal foundations of our organisation.

In his closing speech, General Director Koh urged each participant to take action, stating that now is the golden time to create a history of brilliant achievement for kosen-rufu. He urged each leader to strive for unity and cut off devilish functions that can impede our organisation’s advancement. He also encouraged each person to deepen their study of The Human Revolution and The New Human Revolution.