Tan, 87 years old, graduated from the National Taiwan Normal University in 1961 and has taught art at Chung Ling Private High School in Penang for 55 years, nurturing thousands of students. At present, he is still teaching and creating artworks. 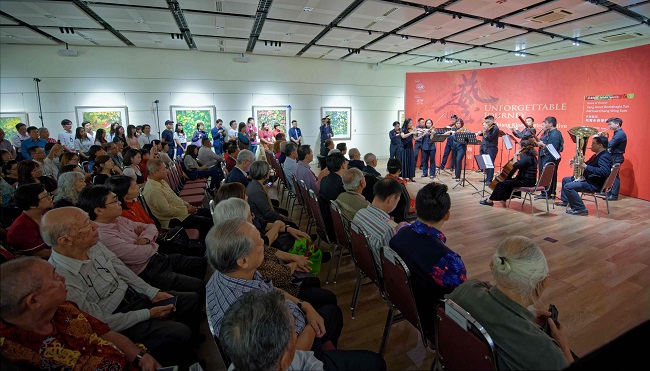 Well-grounded in the art traditions of the Oriental and Western worlds, he is also highly-proficient at using various techniques and mediums such as stone-rubbing technique, watercolour, acrylics and oils. However, despite being adept at these, he is never drawn to specialise in just any one way, method, movement or locality, preferring to experiment further in his own interest. His creative approaches have resulted in creating trademark art styles which include the merging of Eastern and Western art practices to enhance the portrayal of the spirit of Chinese culture through Western art and artworks imbued with philosophy or religious teachings.

In his welcoming remarks, SGM General Director Koh Sia Feai expressed his admiration of Tan, highlighting his tenacity, perseverance and great contribution to the fields of arts and education despite being at an advanced age. Mr Koh also commended Tan’s determination to keep on painting works that give viewers hope, courage and joy. 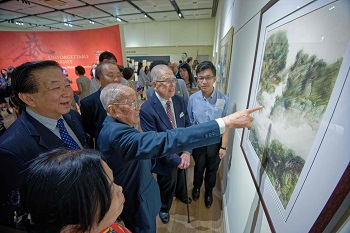 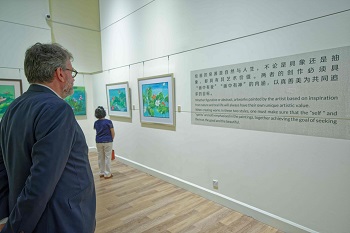 On hand to officially open the retrospective was former Senate president and Cabinet minister Tun Michael Chen Wing Sum, a Chung Ling alumnus himself. In his speech, he applauded Tan’s ability to create artworks in a harmonious combination of Eastern and Western art styles, a task not many artists could take on successfully. He hoped to see more local artist combining these styles to create better artworks and gaining the recognition they deserve.