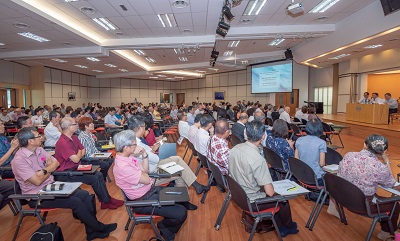 Matters covered and accepted at the AGM were:

2. Received the General Council’s Report on the workings of the Association in 2017.

3. Adopted the Treasurer-General’s Report on the Audited Statement of Accounts of the Association for the financial year ended December 31, 2017.

6. An update on the plan to set up a “Yayasan” was shared.

The SGM General Council held its meeting on the same day after the AGM and herein is the committee line-up: