Eternal Journey with my Mentor

LinkedIn
The teachings of Nichiren and SGI President Daisaku Ikeda had a profound impact on me from the start. 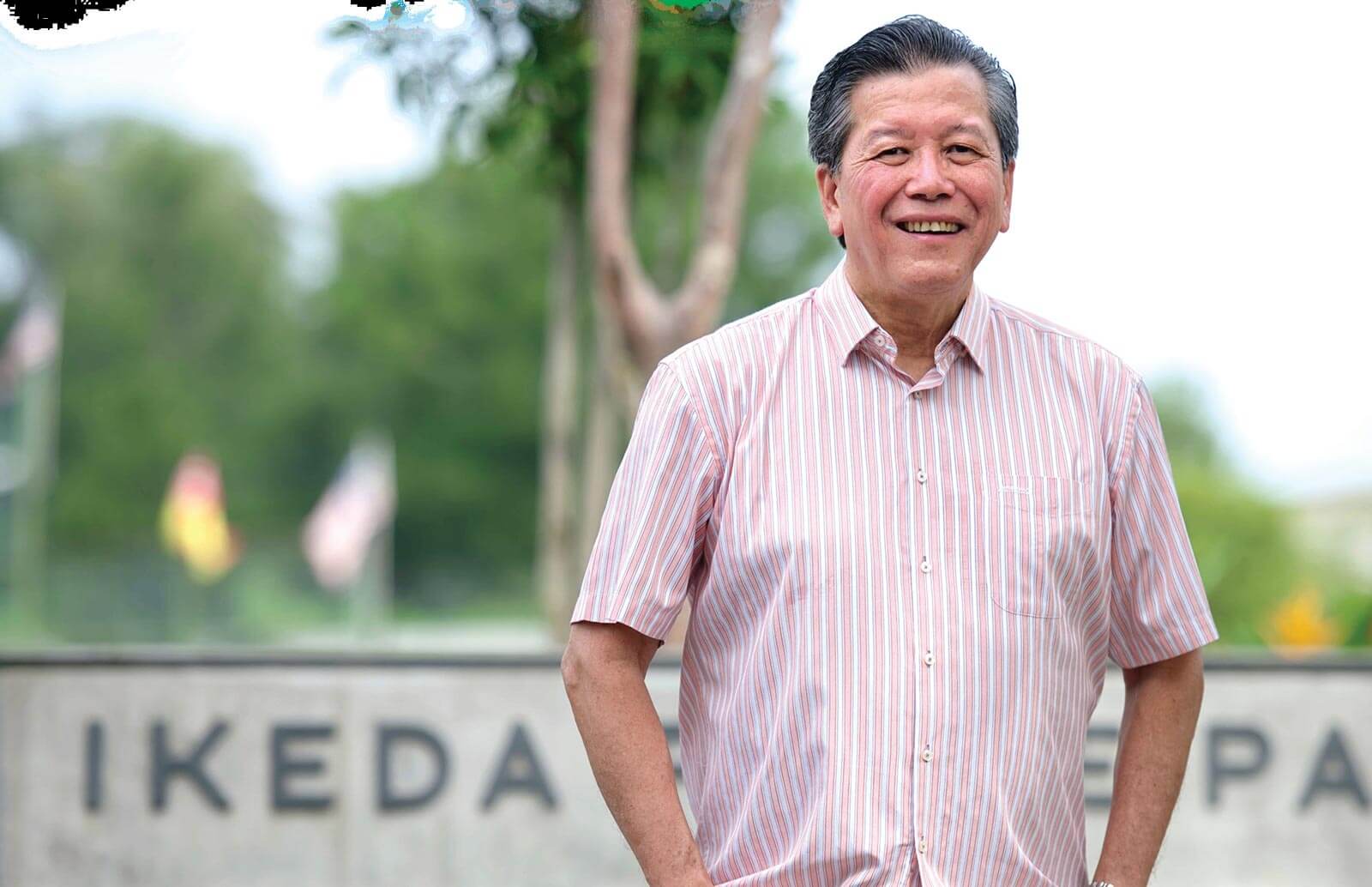 I grew up in a poor family and was introduced to Nichiren Buddhism by friends at the age of 19. The teachings of Nichiren and SGI President Daisaku Ikeda had a profound impact on me from the start. I started practising Buddhism by imbibing the spirit of mentor and disciple as described in The Human Revolution. President Ikeda, whom I take as my mentor, says, “A great human revolution in just a single individual will help achieve a change in the destiny of a nation and further, will enable a change in the destiny of all humankind.” This left a deep impression on me.

Embracing my mentor’s vow as my own, I resolved to create value and achieve absolute happiness. I also regard the following passage from Nichiren’s work, “The Opening of the Eyes,” as my guiding star: “This I will state. Let the gods forsake me. Let all persecutions assail me. Still I will give my life for the sake of the law.” (WND-1, pg 280)

For a large part of my life, finances were a challenge. After finishing my secondary education, I began to work full-time and studied accountancy on my own. I was active in SGM activities and the training I received in SGM enabled me to give my all in work, studies, SGM activities and my relationship.

After five years, I successfully became a chartered accountant and later obtained a master’s in business administration from a Scottish university. I am also blessed with a partner, July, who is a fellow SGM member and fully supports me in my endeavours.

As my career grew, I gained the opportunities to work in New York City and Taiwan, where I also formed bonds of friendship with Soka Gakkai members there. My income grew and I was no longer plagued by money problems.

After seven years, I returned to Malaysia to work as the managing director of a multinational company until my retirement in 2011. In terms of career and education, I have far surpassed my expectations. I have shown actual proof of achieving human revolution. I am truly grateful for my mentor’s guidance.

I was fortunate to meet President Ikeda during his visit to Malaysia in 1988. This meeting has left a deep impression on my life which further strengthened my vow as his disciple. I vowed to cherish our precious fellow members and beloved SGM organisation.

Judy and I are blessed with two beautiful children, Ai-Ling and Li-Wei. Ai-Ling’s birthday falls on November 18, the same day in 1930 that the Soka Gakkai was founded. She currently lives in New York and is practising Buddhism there. Through faith, she has also overcome challenges such as employment. In this pandemic, she even gained a promotion and raise. 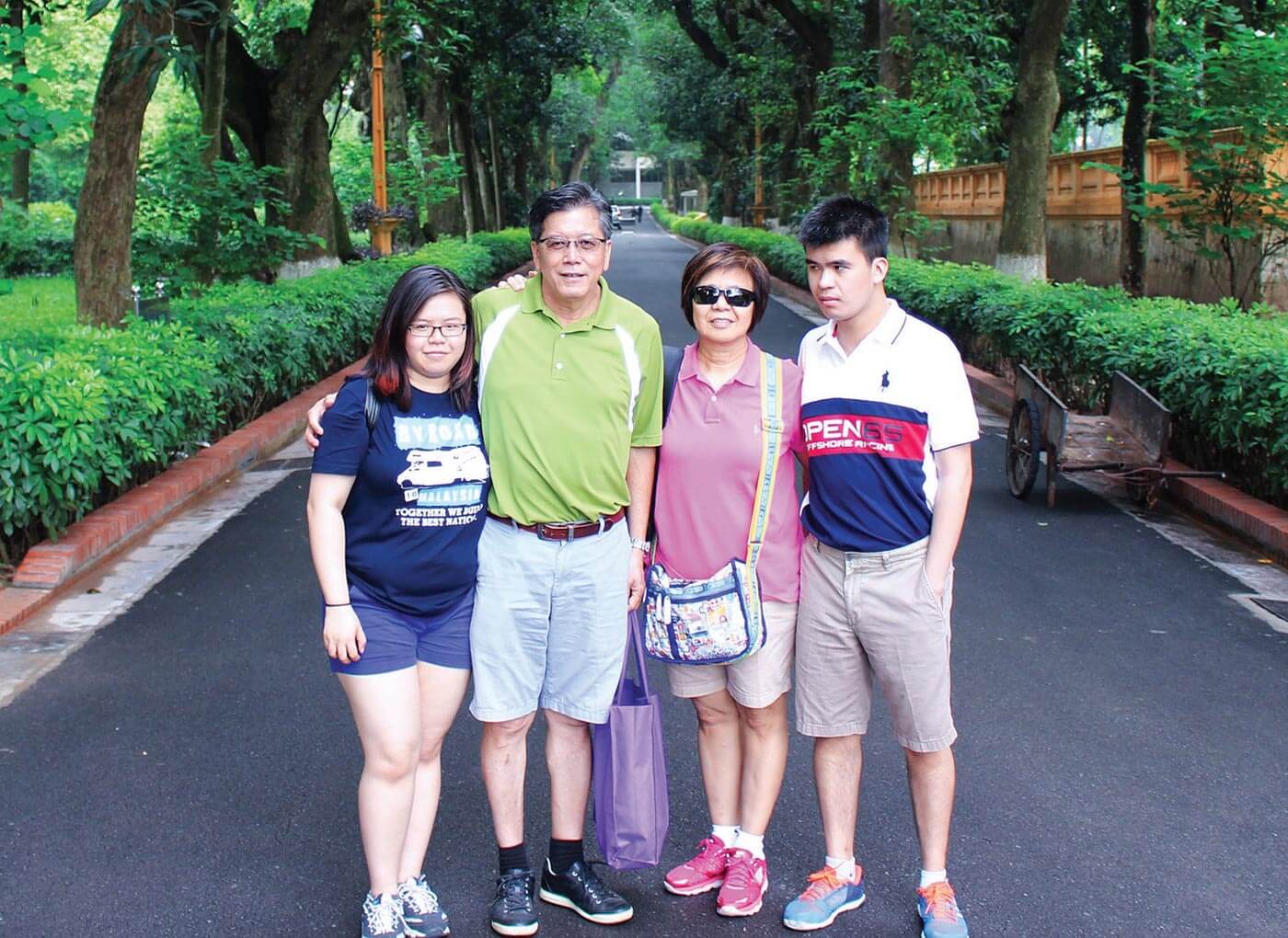 Li-Wei is a special child born without the ability to speak, and there is no cure for his condition. Our family has been able to calmly overcome all challenges posed by his condition by wholeheartedly embracing who he is. Li-Wei is talented in drawing and his artworks decorate our home. Looking after him can be challenging, and requires time, patience and effort, but Judy has done an amazing job.

We are happy that our son is health, and he has improved so much over the years. He also chants Nam-myoho-renge-kyo with us.

We believe he has a unique mission only he can fulfil. Thanks to him, I have cultivated patience and empathy. He is also teaching us the ideals of human revolution. By placing absolute trust in the practice of Nichiren Buddhism, my whole family is able to realise our mission and prove that faith clearly has the power to overcome any obstacle.

I am now 65, the same age President Ikeda was when he began writing The New Human Revolution to tell the story of how Shin’ichi Yamamoto (who is President Ikeda’s character in the work) and Soka Gakkai members are striving to create an age of peace and happiness for humanity. Upon completing this serialised novel in 2018, 25 years after he began writing it, he penned an “Afterword” which contained the following: “It is my sincere hope that Soka Gakkai members will make the completion of The New Human Revolution a fresh starting point and stand up as ‘Shinichi Yamamotos’ to work for the happiness of others. I pray through their tireless, tenacious efforts, they will create their own brilliant history of human revolution.”

Responding to his call, I am earnestly studying this great work and have encouraged fellow members to do so as well. During this pandemic, I successfully encouraged members around me to chant Nam-myoho-renge-kyo abundantly and strive even harder in their Buddhist practice.

I have been practising for four decades now, and I am convinced that challenges and hardship are golden opportunities to carry out our human revolution and be victorious. In this stage of my life, I resolve anew to strive in faith joyfully and foster capable successors in faith!

Adapted from the January 2021 issue of COSMIC.

The Stage of My Mission in this Lifetime

Overcoming Fear and Depression with Faith