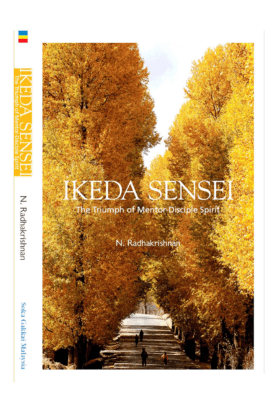 Ikeda Sensei: The Triumph of Mentor and Disciple

The SGI under the leadership of Dr Ikeda who is respectfully and affectionately addressed as “Sensei” has grown over the years extending its activities to such areas as education, peace and culture. Besides establishing formal and active ties with the United Nations, it strives to promote peace and harmony.

The ceaseless efforts SGI President Ikeda undertakes as a committed and inspired promoter of human happiness have earned him respect from numerous quarters.

The present volume contains reflections on the mentor-disciple relationship and on selected writings, speeches and dialogues of President Ikeda by one of the most accomplished Gandhian scholars and peace activists, Dr N. Radhakrishnan, who admires the great role the SGI has been playing in human transformation and social change. 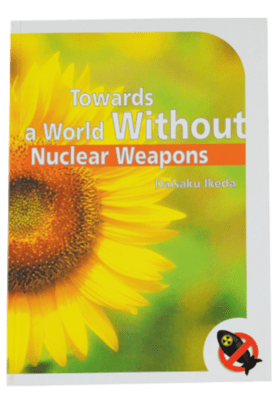 A World Without Nuclear Weapons

Ikeda Sensei: The Triumph of Mentor and Disciple 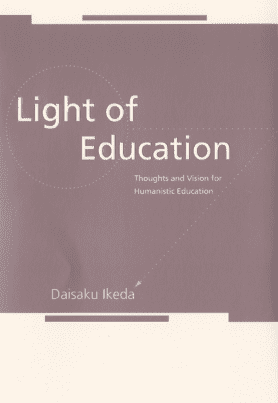 The Light of Education